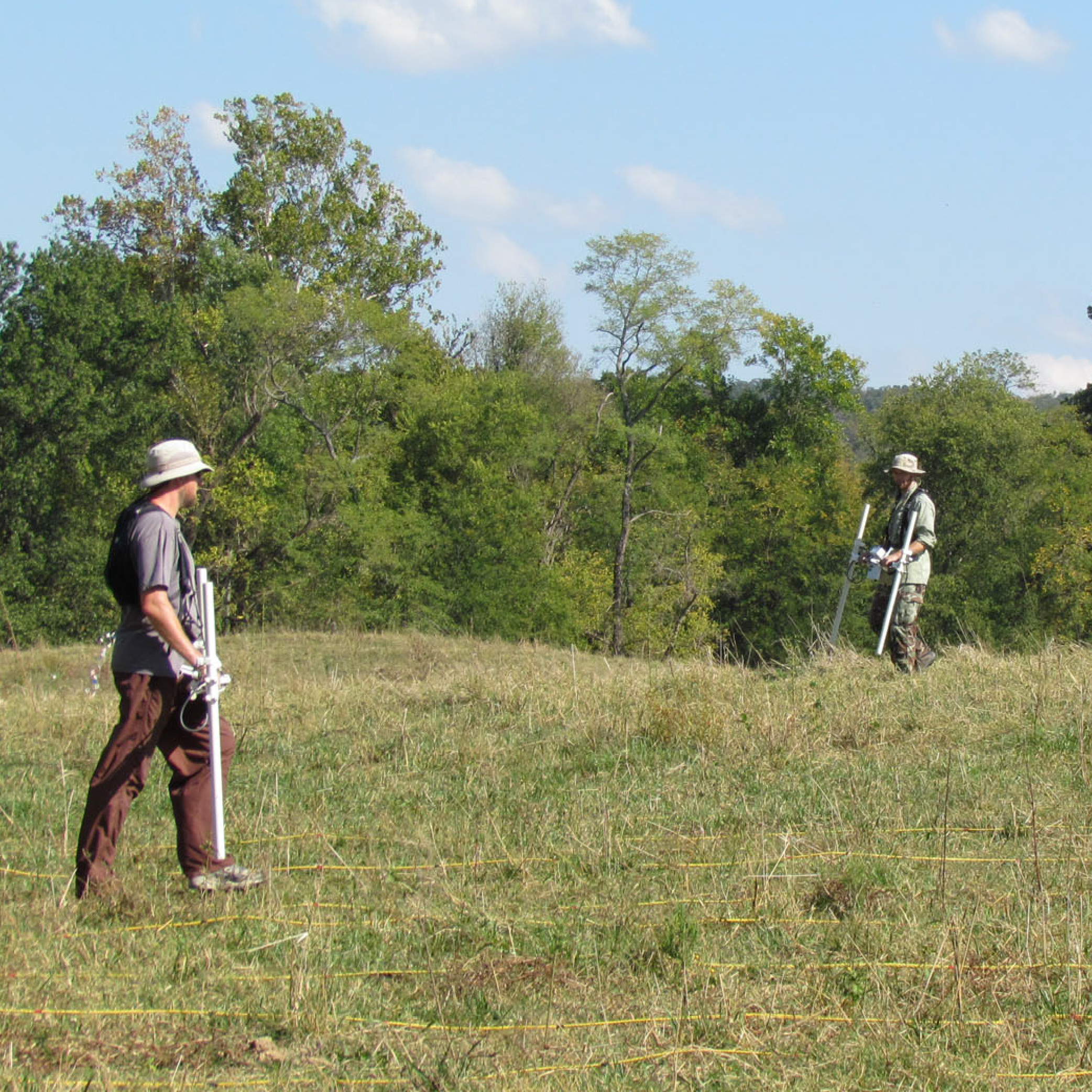 The Bartington Grad601-2 Magnetic Gradiometer is a vertical component dual sensor fluxgate gradiometer with data logger and two cylindrical sensor assemblies for use in geophysics and archaeology. Each sensor tube contains two fluxgate magnetometers with a one meter vertical separation. As a magnetic gradiometer, this instrument is sensitive to very slight fluctuations in the Earth's magnetic field as a result of objects buried in the shallow subsurface and surface variations. The on-board data logger records measurements collected during a survey and allows for gradient maps of a study area to be prepared.

This instrument is designed for archaeological prospection and allows geophysical surveys to be completed rapidly. The large non-volatile flash memory and fast downloading of data offer improved survey efficiency. The Grad601 has a linear range of 100nT with a resolution of 0.1nT and a range of 1000nT with a resolution of 1nT. A compressed response is provided to 30,000nT. This instrument operates either in survey mode, where data is recorded while covering an area in parallel or zigzag paths, or in a scanning mode where it is used as a search tool with an audible output without data logging. 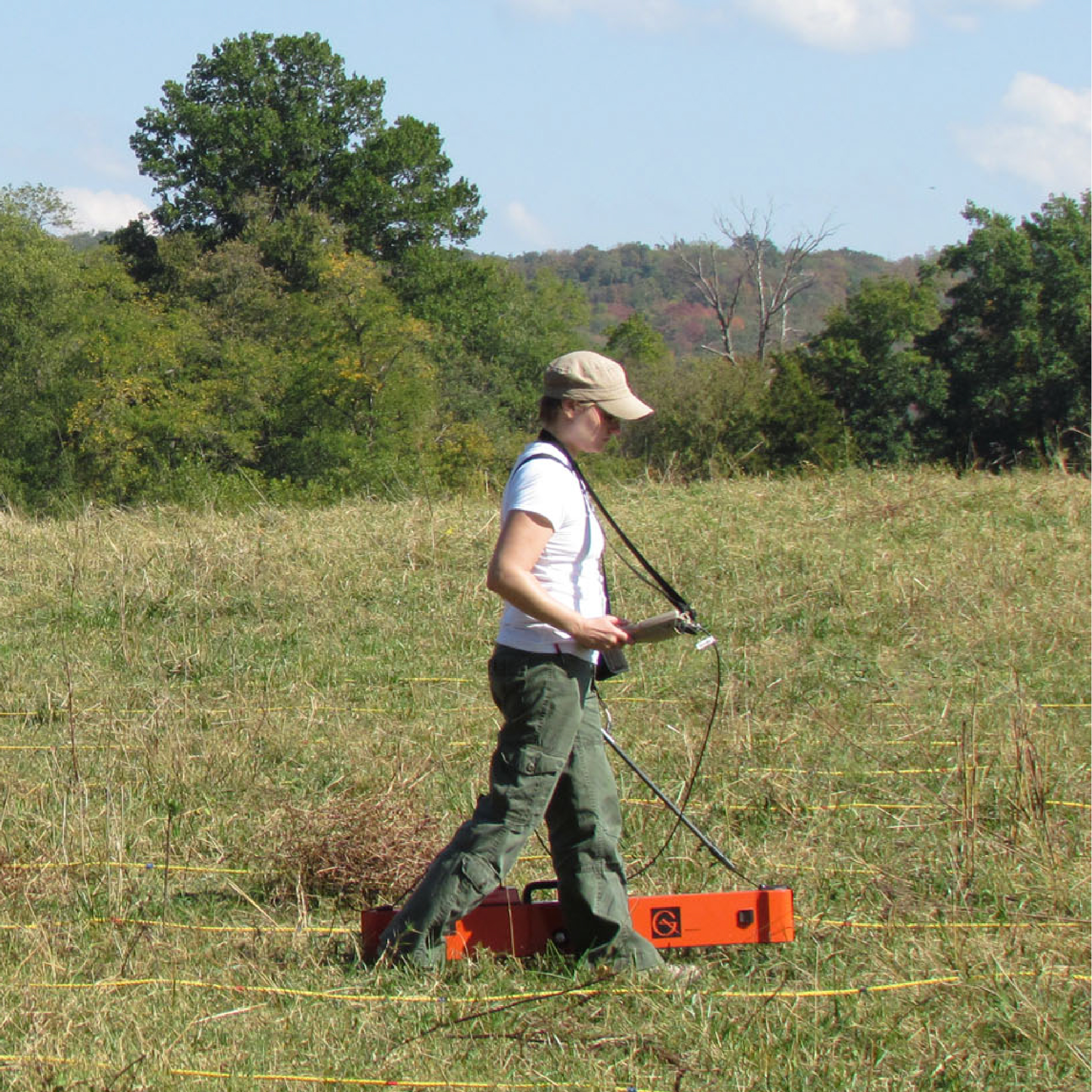 The GSSI SIR 3000 is a lightweight ground penetrating radar acquisition system manufactured by Geophysical Survey Systems, Inc. This single-channel portable interface device is designed for use by a single operator and allows for field data to be collected, visualized, and stored for later download. The SIR-3000 is compatible with all GSSI antennas for survey flexibility. Depth prospection varies based on antenna frequency and substrate, but typical investigations range from 0.5 - 3 meters in depth.

The Sting R1, manufactured by Advanced Geosciences, Inc. (AGI), is a single-channel portable earth resistivity meter with a capacity for 56 probes. The instrument includes the Sting R1 resistivity meter, a Sting switch box, and a Swift box. It operates using both an internal battery and an external 12V wet cell battery. The instrument connects via long cables with an individual take-out for each probe. This enables individual surveys to be conducted at probe spacings of up to 6m. Once a survey is set up, the instrument records resistivity readings for hundreds of points automatically. Numerous default surveys can be selected on the instrument including Pole-Pole, Schlumberger, Dipole-Dipole, and Wenner arrays, or the user may create a custom command file. The Sting R1 is capable of performing both 2D profiles and true 3D surveys. Two-dimensional profiles are processed in AGI’s Earthimager 2D. Three-dimensional surveys are processed using AGI’s Earthimager 3D. All survey types can be topographically corrected to account for surface topography.