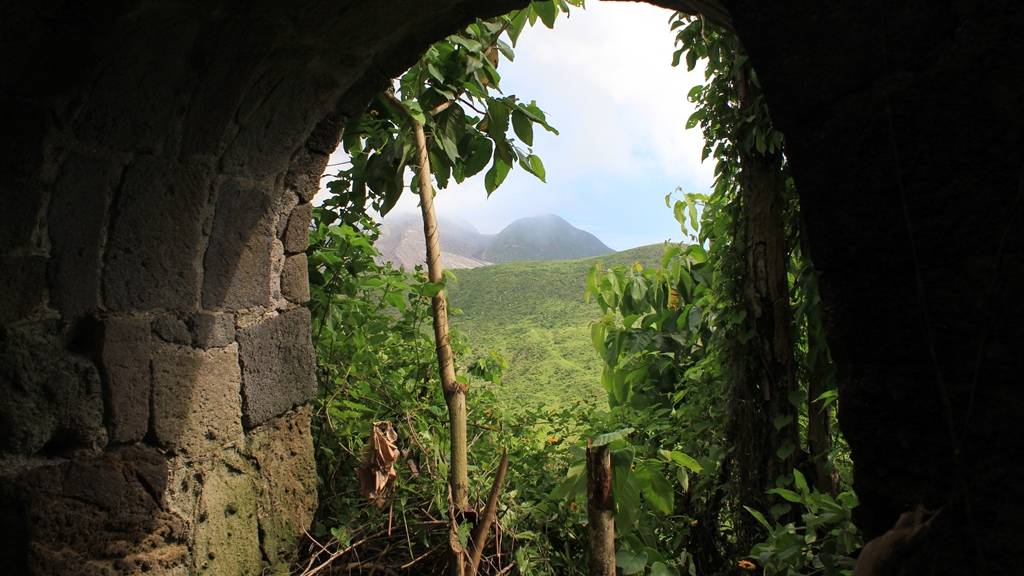 SPARC, an NSF-funded program at CAST, is dedicated to promoting geospatial research in archaeology. SPARC offers direct support to archaeological projects through awards in three categories, 1. Fieldwork: On-site data collection; 2. Data and Analytics: Preparation, processing and analysis of geospatial data; 3. Publication: Presentation, publication and archiving of complex geospatial datasets. The SPARC program began in August 2013 with a grant from the NSF Archaeometry Program, and aims to expand the use of spatial analysis, 3D and geophysical remote sensing technologies in archaeological research projects around the world. The availability and sophistication of these technologies and methods has begun to profoundly affect how archaeologists and other scholars work. CAST was selected by the National Science Foundation in September 2015 to receive an additional grant and continue to serve as a national center for innovative geospatial research and methods in archaeology through the Spatial Archaeometry Research Collaborations (SPARC) Program. SPARC has been funded through two NSF Award 1321443 and NSF Award 1519660.

During the second award period researchers will add an estimated 1,300 items to its existing online database of Rohwer and Jerome materials, including photographs, correspondence, newspaper clippings, 2D and 3D images of objects, incarceree interviews from the 2004 film, Time of Fear, and biographies of incarcerees and camp administrative staff. A 3D visualization of Barracks Block 12, created with a 2013 Japanese American Confinement Sites grant, will be expanded to include the auditorium, library and athletic fields, with audio narratives integrated into the model. 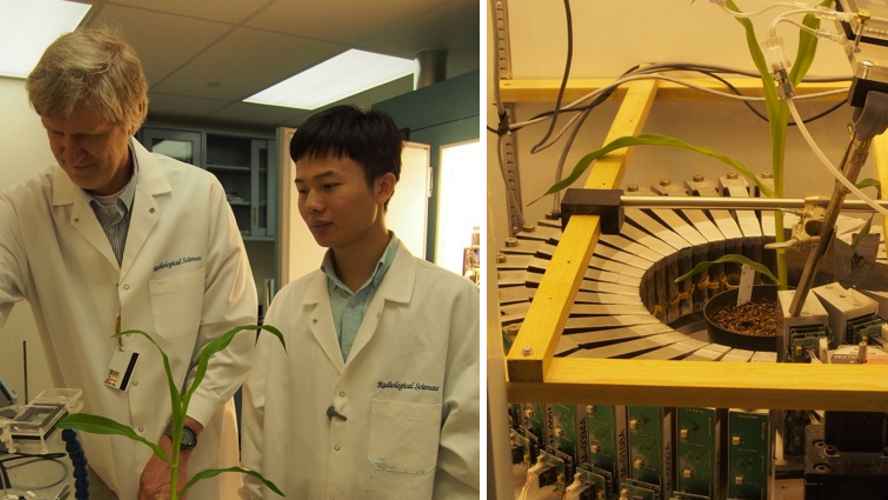 The NSF-funded Plant Imaging Consortium (PIC) brings together experts in plant biology, radiochemistry, phenomics, imaging, and computational biology to apply high-throughput phenotyping and molecular imaging techniques to the study of plant stress biology. High-throughput phenotyping (HTP) allows breeders to screen large populations of plants quickly and efficiently, and to quantify numerous complex traits that are not obvious to the naked eye. Molecular imaging (MI) techniques such positron emission tomography (ie. PET scans) utilize radioactive, fluorescent, or luminescent probes to elucidate the physiological processes that govern stress tolerance or susceptibility in plants. Together, these bioimaging technologies have transformative power to link genotype to phenotype and identify genetic sources of stress tolerance for crop improvement.

Funded by:
National Endowment for the Humanities 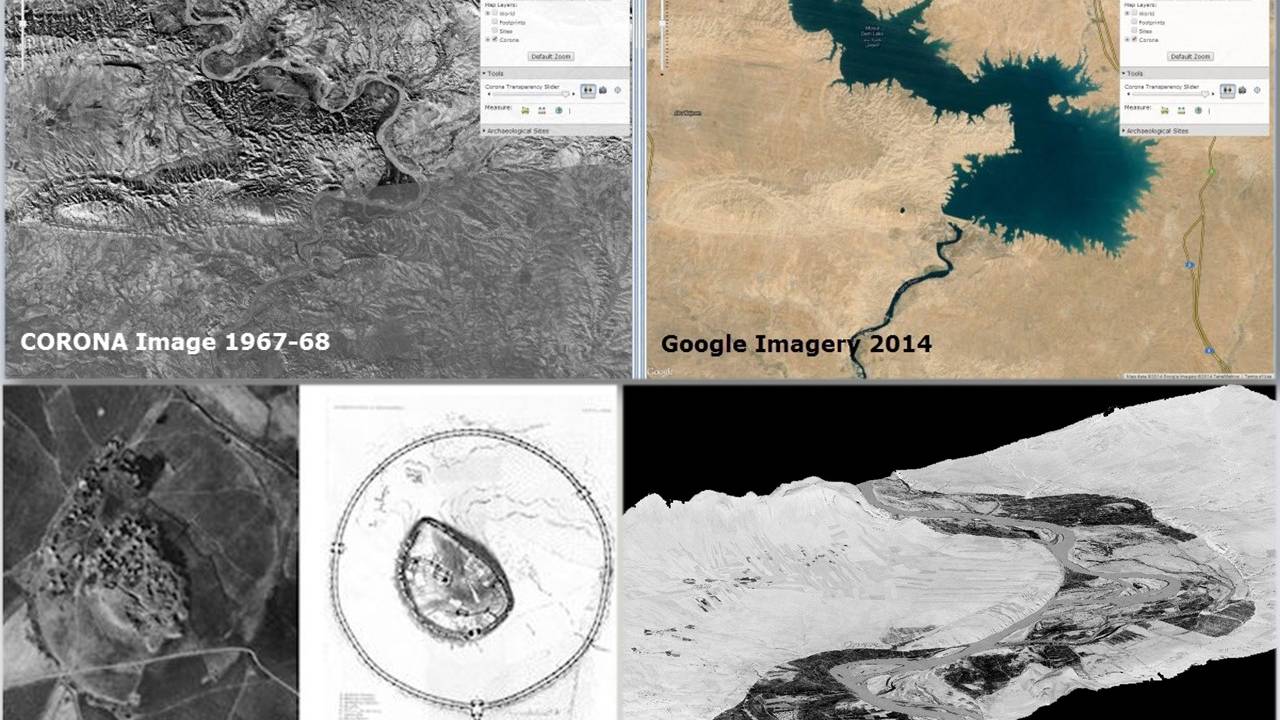 The expansion of this NEH-funded project focuses on building a more robust interface for georeferencing, as well as storage and distribution of the CORONA images. The study area increased to include Eastern China and those surrounding regions. CORONA image coverage is abundant in these areas and its value to archaeology and other fields has been well-demonstrated; however, other areas of the world are being explored as the project progresses. The large majority of the images we provide come from the KH4B satellites, the latest generation of CORONA missions in operation from September 1967 through May 1972. 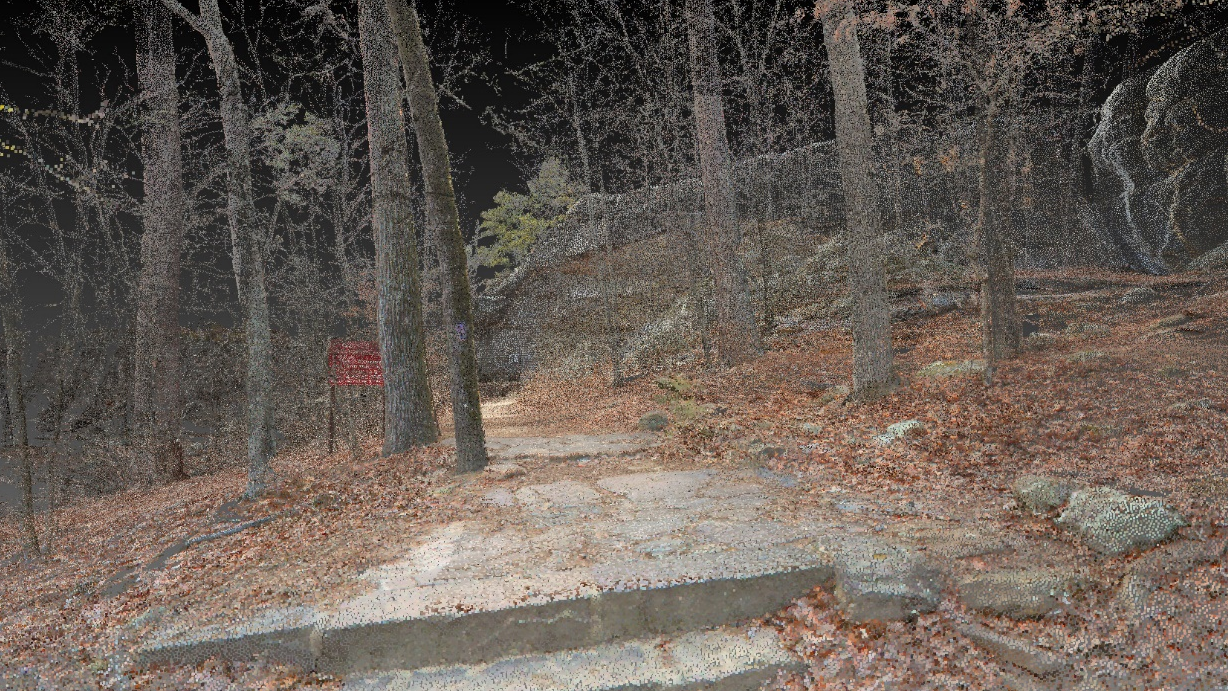 The 3D Petit Jean project uses state-of-the-art, laser scanning technology to create 3D models of the bluff shelters and the rock art that was created in them by Native Americans hundreds of years ago. This effort aims to precisely document the dozens of pictographs and petroglyphs and the complex environment they were created in as well provide a means to help visitors locate and understand them. Indian Cave is not accessible to visitors, but because of its restricted size and limited number of motifs, it provides an interesting contrast to the larger Rockhouse Cave – home to the largest concentration of rock art in Arkansas with over 100 motifs. Rockhouse Cave is also the only rock art site in Arkansas with public access. Thousands of visitors explore this bluff shelter each year in search of these interesting images, but most walk away without finding a single one. Many are quite small and difficult to see even to someone who has located them before; however, even the largest figures remain hidden to the great majority of visitors in the vastness and complexity of Rockhouse Cave. 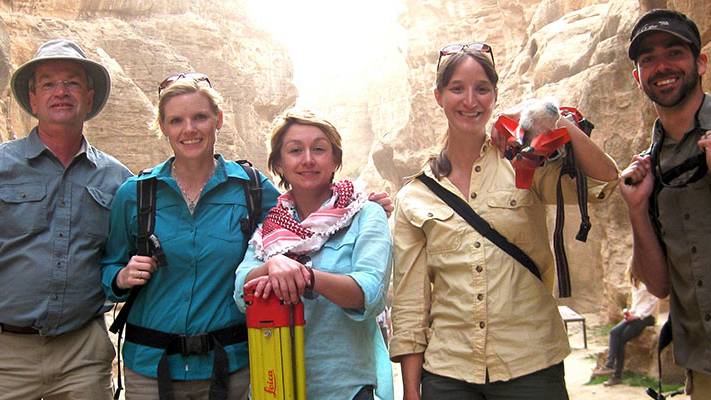 Researchers in the Center for Advanced Spatial Technologies at the University of Arkansas have traveled around the world using their advanced remote sensing technology to provide a 3-D perspective of archaeological sites and historic structures. Time Scanners showcases CAST laser-scanning experts collecting and analyze billions of measurements. They use the data collected by laser scanners to produce what is known as a 3-D point cloud. The six-part documentary series includes full episodes from the Egyptian Pyramids, St. Paul's Cathedral, Petra, Machu Picchu, the Colosseum and Jerusalem. Episodes are available online at http://www.pbs.org/program/time-scanners/.